At Bailey, Frost, and Myrrh, our customers are always our first priority! For over 43 years, we’ve spent every second of every minute of every hour of every day putting you first! We do this because without you, we wouldn’t be here. We want you to feel confident that you’ve come to the right place!

Our friendly professional staff has a total of 173½ combined years of making sure that you get what you deserve… which is why you sought out Bailey, Frost, and Myrrh in the first place! When you’re with us, we’ll smother you with a blanket of dedication and can-do attitude to make sure you get where you need to go, which is straight to the top!

So browse around our sight, and don’t forget to “Meet the Team!” They’re here for you, and they always will be!

* Bailey, Frost, and Myrrh is a fictitious company. An resemblance to an existing or past company is purely coincidental.
** Seriously, the “team” is a work of satire. Sweet mother of all that’s holy, could you imagine these people running an office? This is simply to show that even the most ridiculously inept company could be drastically helped with the addition of High Orbit. 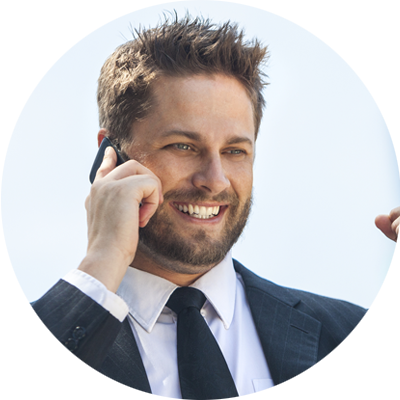 Bryson Myrrh III is the Kim Jong Un of Bailey, Frost, and Myrrh. A college dropout who minored in beer bonging, this third generation leader is the regional manager of the Midwest Division of the company, a position which he uses to stay out of prison.

Bryson is currently on probation for a crime he didn’t commit… according to him. He somehow convinced a judge that he, indeed, had no idea how the zoo’s endangered snow-leopard cub ended up in the trunk of his car… four states away. Part of his plea deal is to be gainfully employed.

While being given the title, his father has taken out a restraining order to keep him at least fifty yards from any Bailey, Frost, and Myrrh office. This has not stopped Bryson from coming up with new and unexpected ways of systematically driving the company into the grave… including an Ill-fated decision that warranted a visit from the Environmental Protection Agency. 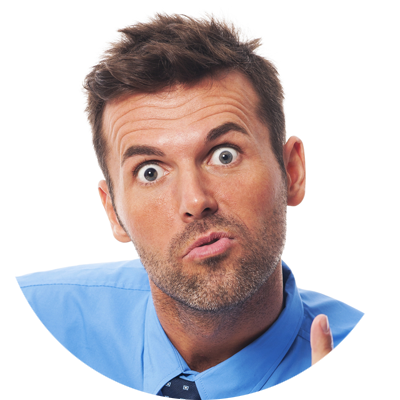 “Doomsday Dale, the What Iffer”

He’s also afraid of change, spiders, growth, and innovation. For every great idea that anyone at Bailey, Frost, and Myrrh comes up with, Dale has eleven ways to “What if” it into oblivion.

Beholden to a phobic allergy to risk, Dale once tried unsuccessfully to have everyone work from home and have their reports delivered via carrier pigeon instead of e-mail. Because people die in auto accidents. And they die from internet radiation poisoning…or so he read somewhere.

Dale’s philosophy is, “If it isn’t broken, don’t fix it. And if it is broken, just leave it alone because what if you got injured trying to fix it? A slipped disc is all we need. Then we’ll all have to pay extra for the worker’s comp. And what if we can’t afford it? And what if we aren’t fully covered? And what if…”

Molly is, by far, the nicest employee at Bailey, Frost, and Myrrh. She spends her life being the one that everyone can count on in the office.

Need two hundred copies of that report duplicated in triplicate? By hand? In Sanskrit? Molly is your girl.

In fact, Molly has not said “no” to anyone in the four years she has been with Bailey, Frost, and Myrrh. It’s the main reason why she gets an average of fourteen minutes of sleep per night, which she enjoys under her desk.

While Molly thinks that she is doing a great job, the sheer volume of work is starting to cause problems. The fact that she submitted a crucial report two weeks late was only overshadowed by the five cans of dry shampoo that gave her the appearance of an electrocution victim.

Molly worries that she won’t be seen as useful unless she is always taking on new responsibilities, when in reality, all anyone wants her to do is bathe occasionally.
Molly owns twelve cats. She is currently single and looking to mingle. 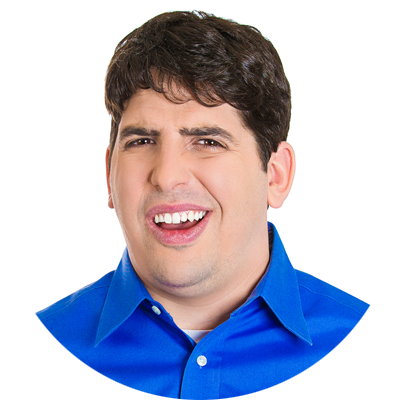 Larry is an only child who grew up in a wealthy household. In fourth grade, he was voted “Most Likely to be Murdered or Maimed by a High School Guidance Counselor.” He has no drive, no plan, and no problem with taking up space.

Never having had to struggle for anything in his life, the only reason he works at Bailey, Frost, and Myrrh is because he was threatened with being excommunicated from the family fortune unless he found gainful employment.

Larry works for minimum wage, but keeps his post because his father saved founder George Bailey from a charging rhino while on safari in Kenya using only a toothpick.

His only goal in life is to make things as miserable as humanly possible for everyone around him, and to one day watch all eight Harry Potter films in a row without a potty break.

Larry currently resides in a walk-in cedar closet-turned-bedroom in his parents’ basement. 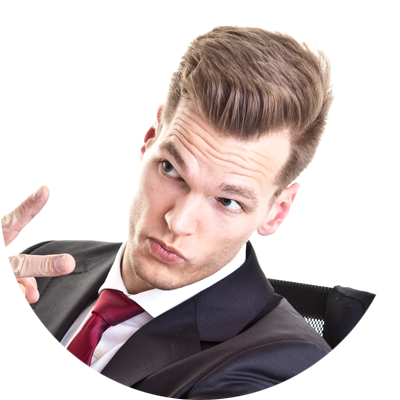 Greg is everybody’s go-to, good time guy at Bailey, Frost, and Myrrh. He works hard. He plays hard. He’s a high-fiver to the guys, and a big brother to the girls in the office. He’s the guy you want in a foxhole with you when things are going south…

…as long as things don’t go south after 2pm on a Friday.

Greg puts in his forty hours plus per week, and he does great work. The only problem is that those hours have almost all been used by Thursday evening. Come Friday afternoon, you might as well change Greg’s name to “Casper, the Friendly Ghost.”

Is it magic? Is it supernatural? Is it neither?

According to a few employees, no one knows where Greg disappears to three hours before everyone else gets to leave. But two weeks ago, Janis in accounting re-Tweeted what could be a clue:

“Pfft, if I knew I was going to be this thirsty this morning, I would have drank more last night!” #BAM #AmIRite #WhereDidIPutMyCar” @TheRealGreginater 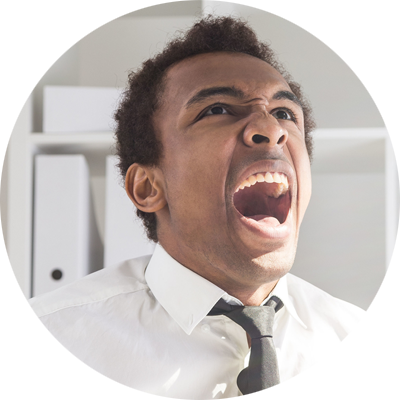 “Doug, the Know-it-all”
Doug runs the I.T. department at Bailey, Frost, and Myrrh, and he thinks you are an idiot. And by “you,” we mean “everybody.”

Valedictorian of his graduating class from I.T.T. Technical College, he spent his first few years in the workforce rebuilding crashed hard drives in a windowless room lit only by the warm glow of his five 37-inch computer screens.

Advised by his physician to up the sunlight quotient for fear of keeling over by the age of twenty-six, Doug landed the I.T. position at Bailey, Frost, and Myrrh because the old I.T. director was caught downloading inappropriate workplace pictures after hours.

Doug is convinced that he could do every job at Bailey, Frost, and Myrrh by himself, and better than anyone who is employed. He takes particular delight in pointing out each and every mistake that people make on a daily basis, even the boss.

The only thing that keeps him from getting fired is the fact that he once saved the company $174,000 when his know-it-allness actually stopped a potential catastrophe. Doug is a living embodiment of the old adage, “Even a blind pig finds a truffle.” 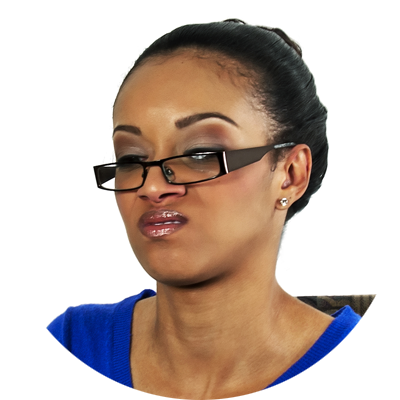 “Brenda the Not-So-Friendly Customer Service Rep”
Brenda is the first stop between an unhappy customer, and the management of Bailey, Frost, and Myrrh. Sadly for management, she is never the last stop.

A woman of modest tastes and empathy paralysis, Brenda could not give two rips about customers, who are merely distractions from her true mission in life: Solitaire.

A district champion living in constant fear of being dethroned, Brenda’s sole purpose for every customer service call is to end the call as quickly as possible so that she may return to her belovedly loathed pastime.

A passive-aggressive master, her acerbic tongue is adept at making someone go from zero to idiot in three-point-four seconds. By the time all is said and done, customers remain answerless and in desperate need of a psychiatrist.

Management should, in theory, let Brenda pursue a life of Solitaire dominance outside of Bailey, Frost, and Myrrh… but they are genuinely terrified of the wrath a dismissal would provoke. 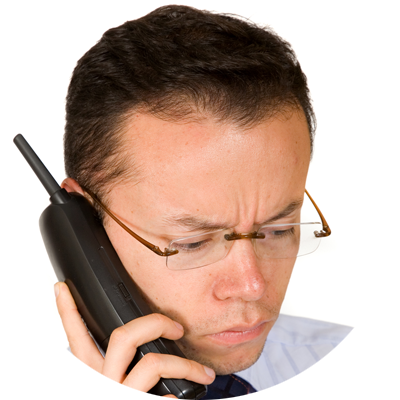 “Randy the Finger Pointer”
Randy is a classic underachiever. Graduating third from the bottom in his junior college class, he parlayed his Associate’s Degree into a job in the mailroom of Bailey, Frost, and Myrrh.

While book-smarts waved goodbye to Randy long ago, his ingenuity at turning situations in his favor are the stuff of legend. Essentially spying on his superiors by reading their mail, he used sensitive information to blackmail his way into higher positions.

Once achieving his current status, Randy discovered that intelligence would be not just an asset, but also a requirement for his new responsibilities.

He spends twenty minutes each morning in a futile attempt at actually learning what he is supposed to do for a living, all while figuring out ways to blame everyone else on the team for his shortcomings.

He spends the other seven hours and forty minutes of each workday Facebooking. He is currently looking to increase his friend total to three digits, with the goal of achieving this sometime in 2018. 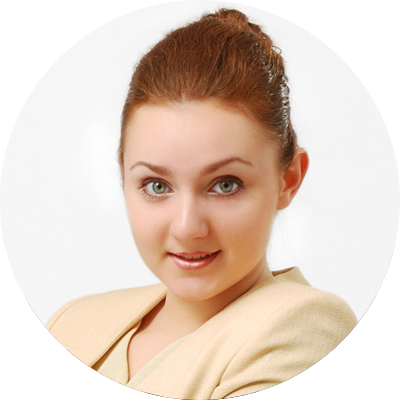 “Lisa the Intern”
Lisa is currently a student at the Wanda Wexler School of Administrative Assistant Sciences. She is sweet and wants to be helpful in any way she can.
Her skill set includes, but is not limited to:

Though only there for the past six weeks, Lisa has already received three raises, which is remarkable considering that her internship is unpaid.

She currently spends a lot of time working with Greg the Salesman, who came to the realization that he needed an intern after meeting her at “BOGO Tequila Night” at The Tipsy Toucan.

After her eight-week slot is finished, she’s scheduled to intern for Dale. And then Larry. And then Randy. And then Doug. And then Greg again. And then Dale…

Her internship is slated to end sometime in fiscal 2023. 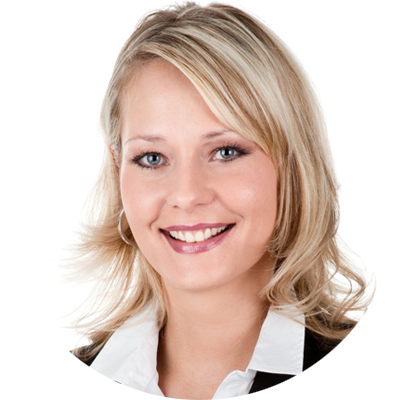 In high school, she was senior class president, Consul General to the Model United Nations, second oboe in the pep band, and conscientiously objected to dissecting a fetal pig in biology.

In grade school, she was voted “Most Likely to Succeed,” composed her first concerto, and successfully performed the Heimlich Maneuver to dislodge a pencil sharpener from the gullet of classmate Kippy Whidden, who had swallowed it on a dare from the school bully.

In Kindergarten, she saved her first life… a baby bird that had fallen out its nest. She nursed it back to health, eventually teaching it how to fly. Unfortunately, it flew right into a sliding glass door while trying to escape one afternoon, breaking its neck.

She still thinks of it from time to time while crying herself to sleep.