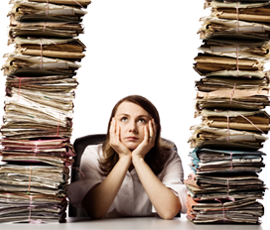 Like sand in the Vaseline, so is a day in the life for the folks at Bailey, Frost, ad Myrrh. In today’s episode, nobody squeals!

Lyndon Johnson, no relation to the deceased thirty-sixth president of the United States, is the in-house council for Bailey, Frost, and Myrrh. He is currently directing the local branch office of BFM on what to include in a news release for which the local media has been clamoring… ever since the recent and infamous “Operation Milk Dump.”

DALE
“What do you mean we can’t say that?”

LYNDON
“It implicates you.”

DOUG
“Implicates us in what?”

LYNDON
“We can’t talk about it.”

MOLLY
“Talk about what?”

DALE
“Then what are we even doing here?”

RANDALL
“Wait, are we talking about the milk incident from a couple of weeks ago?”

LYNDON
“Who is this interloper?!”

DOUG
“Unimportant at this moment in time.”

RANDALL
“Stop calling me that!”
[He stands up and runs out of the room]

DALE
“Now about the wording for the news release.”

LYNDON
“What news release? I don’t know what you’re talking about.”

DOUG
“For crying in a bucket, we have to say something!”

DALE
“But we are responsible.”

DALE
“Lyndon, we have reporters literally camped out at the front door of the office, trying to climb into my rectum every morning, looking for a comment. How about we simply say it was a mistake.”

LYNDON
“You can’t say that.”

MOLLY
“How about saying that we accidentally ordered too much milk.”

MOLLY
“This is ridiculous! I’m blaming this whole thing on HighOrbit!”

LYNDON
“Are you serious?”

MOLLY
“If HighOrbit hadn’t shot our press release your way, you wouldn’t be here, and we’d be done with this whole thing by now.”

LYNDON
“Really? Do you realize that HighOrbit is collectively saving your keisters?”

LYNDON
“When you set up your document approval process with HighOrbit, you had some categories stay completely in your office, others go to corporate, and thank God, you had the good sense to route all press releases through me, your lawyer, the man who is paid more than all of you combined to keep you from putting yourself in further harm’s way.”

LYNDON
“Look…off the record here, I know you had nothing to do with the utterly moronic idea of putting anything on the side of a milk carton, let alone the face the should-have-been-imprisoned-long-ago malcontent of the Myrrh clan. But the damage is done. Thankfully, no one outside these walls seems to know anything specific. For all I know, whatever it was could have come from up river. And how do we know that it was even milk? That white liquid could have been anything.”

LYNDON
“Like a horse stable with a collective bladder infection! What difference does it make?”

LYNDON
“No, I’m smart! By some miracle of the universe, not a single person got it on video. Any information that’s been given to these hyena news outlets is pure speculation. And before you had the chance to be all boyscouty and admit to anything in a stupid press release, HighOrbit’s filters caught it and sent it to me for approval. It, and I, are saving you from a literal P.R. nightmare. So with only slightly circumstantial evidence, and not a lick of hard proof, as far as I’m concerned… or as far as any of you are concerned for that matter… nothing happened.”

MOLLY
“But what about…

LYNDON
“Especially not that.”

The three members of Bailey, Frost, and Myrrh sit back in their chairs, digesting what Lyndon Johnson has just fed them. They look around at each other, slowly realizing that they may just get out of any culpability whatsoever. A sly grin creeps onto their faces. Dale turns to the computer screen on his desk.

Tune in next time when we hear Molly say, “Oh my God, we can’t let third graders wear those!”
And visit highorbit.com to see what we can do for you.